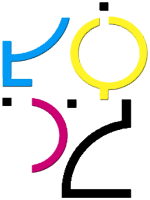 We can say that Camps Challenge started from last week so every 4 weeks we crown the Camp of the Month. Everything is still under preparation but it is best to correct all deficiencies in the meantime.
So lets get it on. 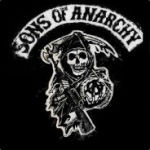 my win still going to be for ko squad or once you get my camp up will it count for it?
Vito

darkstar07x wrote:my win still going to be for ko squad or once you get my camp up will it count for it?

hahahaha of course there is. what are these issues? i need to find more guys?
Vito

This is situation after two weeks "Camp of the Week" award recieved:
Savage Mulisha Academy - 0
UFC Brazilian Team - 1
10th Planet JiuJitsu - 1
ThugJitsu MMA - 1
KO Squad - 1
American Top Team - 0
two weeks more to reward the "Team of the Month", team with the most weekly winnings will be rewarded with "TOTM" award. If there will be two teams with equal amount of points, two of their best fighters will collide to find out who is the best camp of the month. 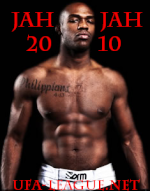 Savage Mulisha Academy - 0
UFC Brazilian Team - 1
10th Planet JiuJitsu - 2
ThugJitsu MMA - 2
KO Squad - 1
American Top Team - 0
This is situation after 3 weeks, one week more and anything can happen, if KO Squad and UBT will earn TOTW award, 4 best fighters of each camp will collide in small tournament to crown Team of the Month

Nice its look like ThougJitsu MMA took both awards for UFC and EA MMA scoring overall 6 wins and one loss well done.
Lets await the final outcome, should be added within next 24h

Im really pleased by the outstanding fighting we displayed this month.

and had some personal issues in the meantime but its all good now.
So how the things looking right now, the first UFA camp of the month is already crowned, and the award goes to ThugJitsu MMA fight camp with final result of 13 wins 8 loses and 5 no contests scoring at the same time 4 TOTW awards which provided to the team of the month award.
Dist205, captain of the team earned SOTN award on UFA 11 and on the same card team member WAR617 recieved FOTN award.
ThugJitsu MMA fight camp earned a total of 9000$ points 1000$ for every TOTW award and 5000$ for TOTM award.

Team of the Month :

All things related to the Camps Challenge like rewards or rule regarding members limit we can say are in the production phase i dont have a full picture of it so this might change a bit in the meantime utill we get to the point where we will not need to change anything.
I can only ensure you that every changes result from the observed errors and are designed to improve.
So changes that have been made till now are mambers limit, it changed from 6 to no limit. Therefore rewards system has change, untill now the plan was to reward every single member of the team, this might work well with team limit rule but since any limit was removed the whole team will be rewarded rather than individual player. For every TOTW award winning team recieves 1000$ to divide and for TOTM award 5000$
After counting the results i will talk to all team captains to decide how to divide the points earned, after all, points will be added to user accounts.

With that said and UFA 12 fight card release we began Month 2 Challenge, good luck to everyone.

ThugJitsu GOOD JOB TEAM THIS IS HOW WE GOTTA DO IT SO LETS KEEP ON DOING WAT WE DOING AND HELP EACH OTHER OUT WE JUST GETTING STARTED GUYS!!!!!